Index to Comic Art Collection: "What I'm" to "What Your" kelly and duke comic strip

Kelly & Duke was a daily and Sunday comic strip drawn and written by Jack Moore and syndicated by Universal Press Syndicate.It began on July 10, 1972, then known as Kelly, but changed to the Kelly & Duke title on December 8, 1974. It ended on June 18, 1980. The strip centers around a boy named Kelly, whose pet and best friend is Duke, an anthropomorphic dog with a Southern accent.Author(s): Jack Moore. 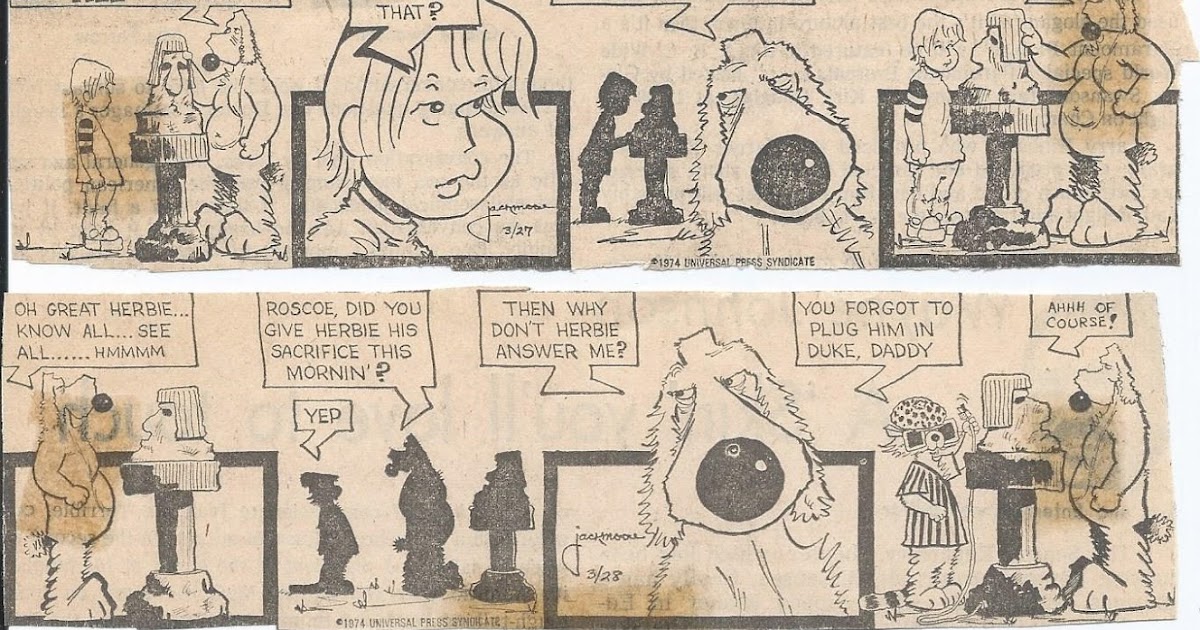 Kelly and Duke (15/6/1973) Jack Moore was the author of the newspaper strip 'Kelly and Duke', that was syndicated by Universal Press Syndicate. The strip, about a boy and his anthromorphic dog, began publication as 'Kelly' in 1972, but changed names to 'Kelly and Duke' in 1974. A children's book based on the comic was published in 1974, 'What Is God's Area.

Kelly & Duke was one of the first strips picked up by the newly established Universal Press Syndicate. It ran from 1972 to 1980. The strip's title was originally just Kelly, but the title changed in 1974. The cartoonist was Jack Moore. The strip was about a boy (Kelly), and his dog.Author: Brubaker.

This comic strip was originally created by Charles Johnson from Charlotte, NC in the early 70's. Charles created the original artwork and characters - Kelly (an image of himself as a small boy and named after his father's surname, which was also the name of his daughter), the dog (which was created in the image of their family dog), and the family cat.